World strongman ‘muscles in’ on recycling 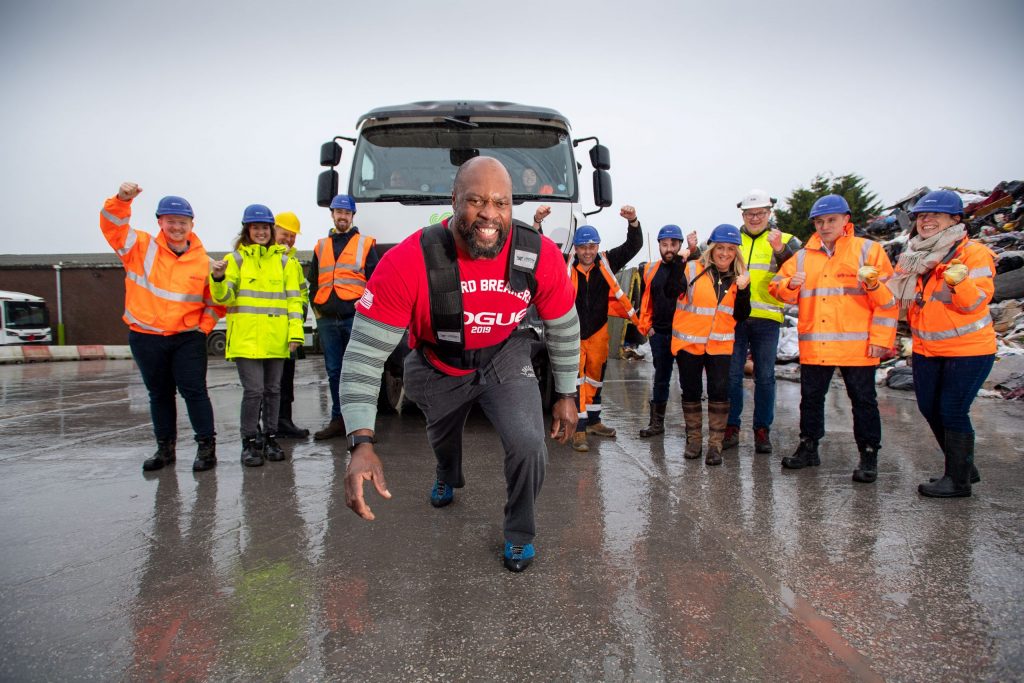 World Strongman Mark Felix has thrown his weight – all 22 stone of it – behind a new campaign aimed to help increase recycling rates across Blackburn with Darwen.

The married father-of-three is a regular entrant in the World’s Strongest Man competition. He’s also been crowned the winner of an impressive number of competitions over the last 15 years. And now ‘Felix’, as he’s fondly known, wants to put his winning ways into helping the borough become one of the best areas in the country for recycling.

Currently, Blackburn with Darwen has some of the lowest recycling rates in the country. As a council, we want to change that, but can only do it with the help of our residents and support of our fantastic army of volunteers. It’s hoped together we can smash the target of reaching a 50% recycling target by 2025.

And to help with the big push on recycling, Felix, who lives in the area, took part in a ‘rubbish’ stunt that only a strongman of his stature could pull-off. The one-man muscle machine dragged a 17 tonne bin wagon with over six tonnes of household waste – the equivalent weight of an average week’s waste that could have been recycled but instead could end up in landfill.

To help highlight the urgent need for change, the stunt was held at the Darwen Resource and Recovery Park, which is operated by SUEZ Recycling and Recovery UK, where all of the borough’s residual (black bag) waste is processed.

Currently around 30% of what goes into people’s burgundy bins can be recycled and brought back to life as something new.

Instead it is ending up in a landfill site.

Felix, who at the age of 53, is impressively the oldest World Strongman competitor, said: “When I got the call from the council asking if I’d get involved, I thought it would be something really worthwhile to be part of.

“We’ve all got to make small changes to help make the big changes. As a Strongman, Felix eats more than an average person would eat in one week in just one day – up to the equivalent of 10 chicken breasts! I’m careful about trying to eat the right things and not create too much waste.”

“Making food from scratch, avoiding ready meals and by using your local butchers and milkman, these are all good ways of avoiding single use plastics.”

“I’d like to thank Felix for helping to get across this really important message about putting the right things in the right bin. We know that people don’t intentionally do the wrong thing, it comes down to a lack of understanding and we want to help make it easier for people.”

“Over 30% of what is currently put in residents’ burgundy bins can be recycled, meaning that hundreds of tonnes of valuable materials – like steel and aluminium cans and plastic bottles – is going to landfill. Here at SUEZ, we believe in creating a society where there is no more waste. We really want to encourage residents to reduce the amount of waste they generate, and to ensure that they are recycling as much as they possibly can.” 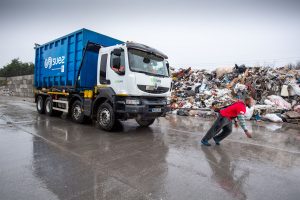 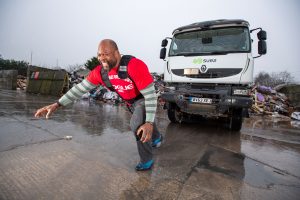 Recycle the non-recyclable with our TerraCycle trial

Have you ever wondered where your garden waste goes?

Read More
We use cookies to ensure that we give you the best experience on our website. If you continue to use this site we will assume that you are happy with it. Ok